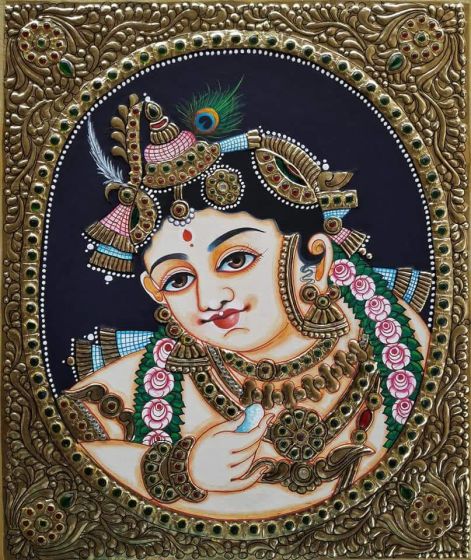 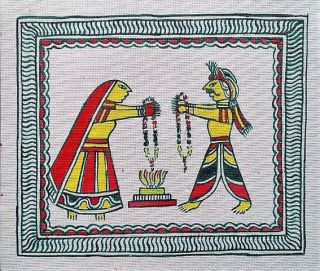 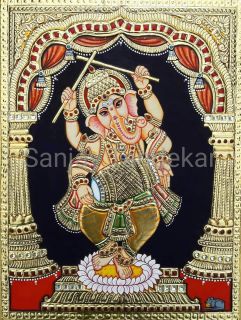 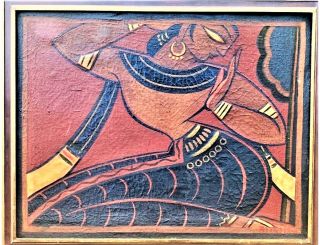 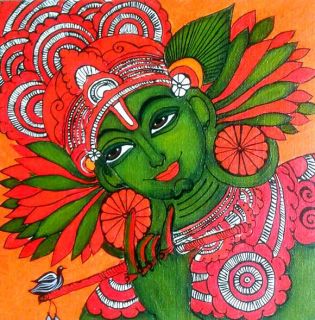 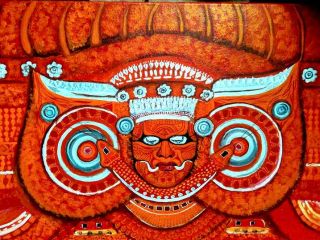 Thanjavur painting is a classical South Indian painting style, which was inaugurated from the town of Thanjavur (anglicized as Tanjore). The art form draws its immediate resources and inspiration from way back about 1600 AD, a period when the Nayakas of Thanjavur under the suzerainty of the Vijayanagara Rayas encouraged art—chiefly, classical dance and music—as well as literature, both in Telugu and Tamil and painting of chiefly Hindu religious subjects in temples. It is distinguished by its famous gold coating. However, it can safely be surmised that Thanjavur painting, as we know it now, originated in the Maratha court of Thanjavur (1676–1855). It has been recognized as a Geographical indication by the Government of India in 2007-08.

Thanjavur paintings are characterised by rich and vivid colors, simple iconic composition, glittering gold foils overlaid on delicate but extensive gesso work and inlay of glass beads and pieces or very rarely precious and semi-precious gems. In Thanjavur paintings one can see the influence of Deccani, Vijayanagar, Maratha and even European or Company styles of painting. Essentially serving as devotional icons, the subjects of most paintings are Hindu gods, goddesses, and saints. Episodes from Hindu Puranas, Sthala-puranas and other religious texts were visualised, sketched or traced and painted with the main figure or figures placed in the central section of the picture (mostly within an architecturally delineated space such as a mantapa or prabhavali) surrounded by several subsidiary figures, themes and subjects. There are also many instances when Jain, Sikh, Muslim, other religious and even secular subjects were depicted in Tanjore paintings.

Reviews
0
Rating:
0% of 100
Reviews
Write Your Own Review
Exchange and Refund
All Categories